So this was, by far, the smoothest commission process I've ever had.  Writer wants two sketches of a character to show her audience. I send estimate.  She sends deposit.  I send rough sketch.  She approves.  I do it.  Boom!  Done! That, my friends, is textbook stuff. 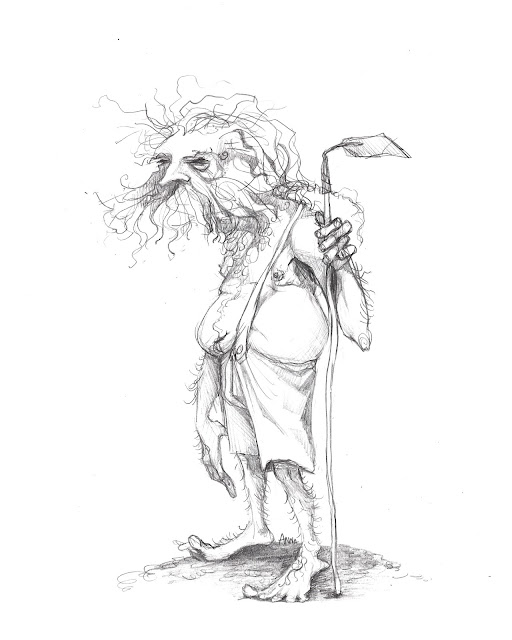 Check him out!  To quote urban dictionary:

"Grogochs were originally half human, half-fairy aborigines who came from Kintyre in                 Scotland to settle in Ireland. Resembling a very small elderly man, though covered in coarse, dense reddish hair or fur, he wears no clothes, but sports a variety of twigs and dirt from his travels."
This client saw my work in Ireland and asked if I would do a potbellied, shorts-wearing version of the Grogoch I did for the Woodland Faerie Trail on Achill Island. 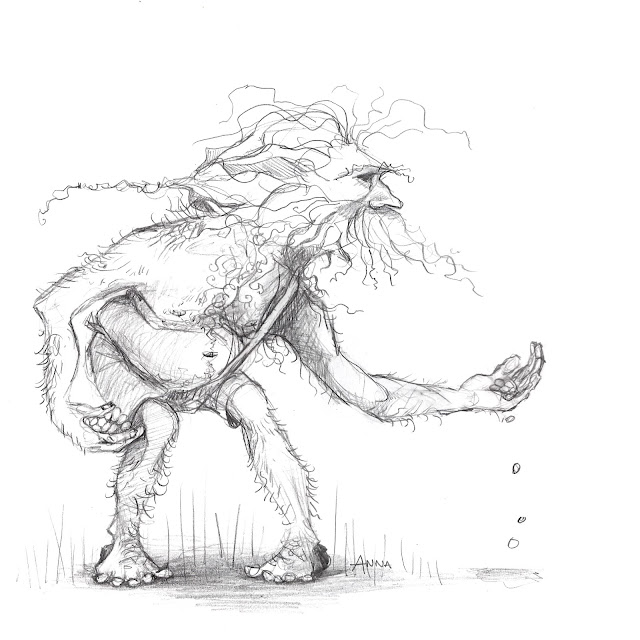 Posted by ANNA OVERMOYER at 3:52 PM No comments: 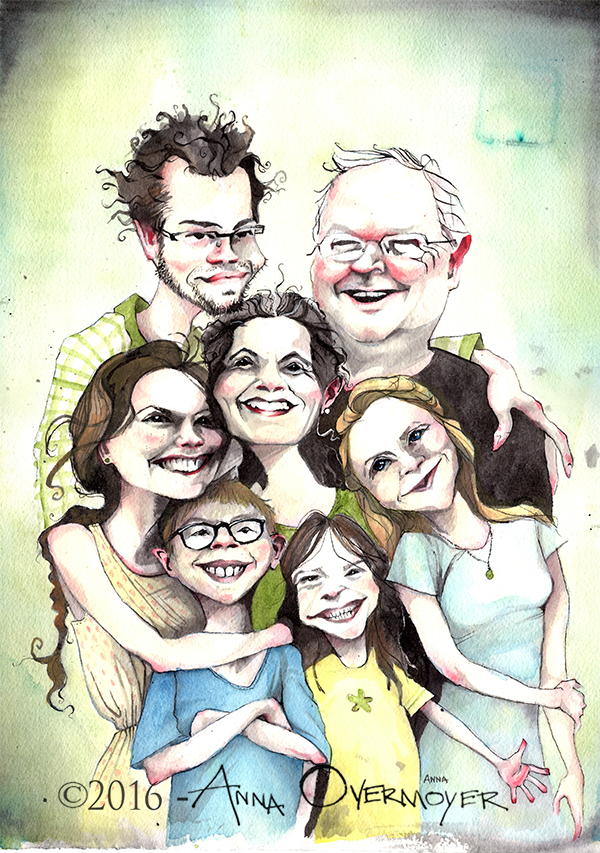 It's been a few months since I've gotten the chance to do one of these.  What a cute bunch!  Happy Anniversary Mr. and Mrs.!!

Posted by ANNA OVERMOYER at 7:13 PM No comments: